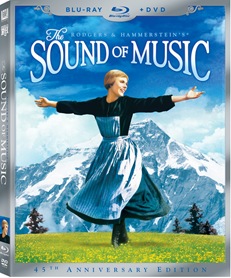 “Raindrops on Roses and Whiskers on Kittens, Bright copper kettles and warm woolen mittens Brown paper packages tied up with strings These are a few of my favorite things” This is probably one of the most known songs around the world. I absolutely love The Sounds of Music and was so excited to find out that it was now out on Blue-Ray and is celebrating it’s 45th anniversary!

The Sound of Music on Blu-Ray is the best way to buy this great movie. I love that it not only comes with the Blu-Ray movie it comes with the regular DVD too. This is one of the classic movies that never grows old for me. I love the storyline of how this remarkable “rebel” nun leaves the convent to bring the joy of music to a family who so desperately needs it.

“Starring Oscar winner Julie Andrews in one of her most memorable roles, the film adaptation of Rodgers and Hammerstein’s musical follows Maria, a spirited young woman who leaves a convent and becomes a governess to seven unruly children. Her charm and songs soon win the hearts of the children and their father but when Nazi Germany unites with Austria, Maria is forced to attempt a daring escape with her new family.” 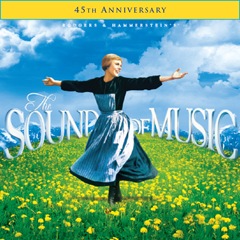 I have already asked my husband for the Sound of Music Soundtrack for Christmas, I’m hoping Santa brings it for my stocking!

I think one of my most favorite parts of the movie is when Maria sings “The Hills are Alive with the Sound of Music”. I am an absolute believer that music can turn someone around. I have always loved music and now my daughter does too.

“For a limited time, The Sound of Music is also available in an individually numbered Limited Collector’s Set packaged in a keepsake box and featuring a 100-page “My Favorite Things” scrapbook, a 45th Anniversary Soundtrack, a reproduction of the original 1965 souvenir program, an exclusive hand-painted “My Favorite Things” music box and more.” This is the perfect gift for The Sound of Music Lover in your family.

The Sound of Music on Blu-ray can be purchased at www.amazon.com. 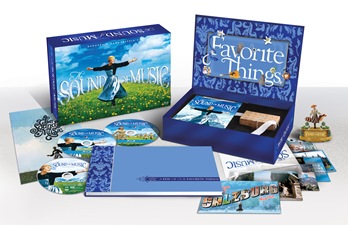 The Sound of Music on Blu-ray gets Bragging Rights!

*I received the Sound of Music on Blu-ray for my review.